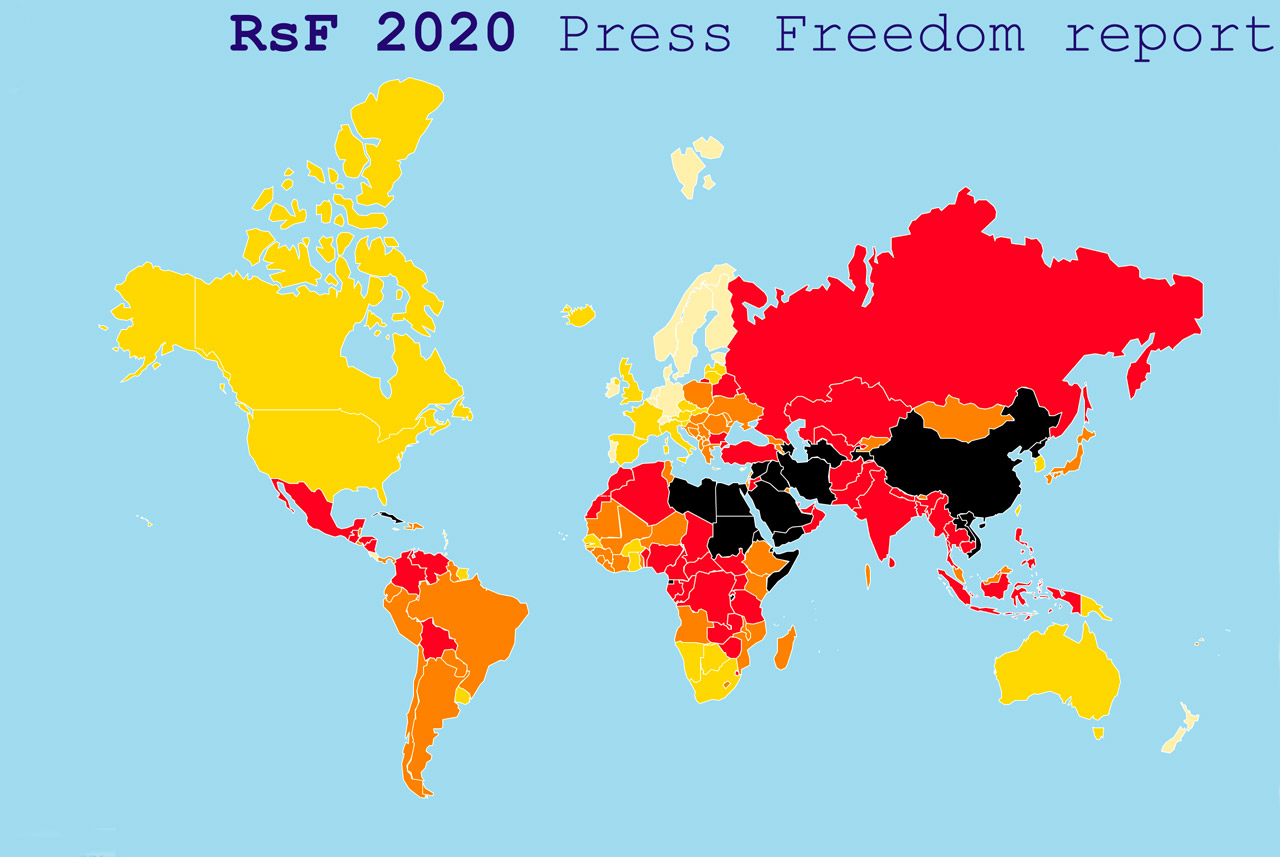 Among the top ten we find above all the states of Europe with a podium all dedicated to the North:

In first place is Norway and in eleventh place, one step outside the top ten is Germany:

Italy is improving by gaining points compared to previous years, with a remarkable and positive gap from 2015-2016, one of the most inglorious years for Italy.

However, it seems clear that press freedom in Italy deserves to be described as a point on which to beat again, probably now more than ever, considering the decisive decade for the journalism sector and all its professionals and considering Italy’s 41st place in the world ranking for press freedom.

We report the whole text from the article of rsf.org as regards Italy and its internal situation.

Still under protection
About 20 Italian journalists are currently receiving round-the-clock police protection because of serious threats or murder attempts by the mafia. The level of violence against reporters keeps on growing, especially in Rome and the surrounding region, and in the south. In Campania, the editor of Campanianotize.com narrowly escaped a murder attempt in November 2019 by a local mafia family in reprisal for his newspaper’s investigative reporting. In Rome, reporters were verbally and physically attacked in the course of their work by members of neo-fascist groups and the Five Star Movement (M5S), which is part of the coalition government. On the whole, Italian politicians are less virulent towards journalists than in the past, but journalism risks being undermined by certain recent government decisions, such as a possible reduction in state subsidies for the media.

This site uses Akismet to reduce spam. Learn how your comment data is processed.

This may be a good place to introduce yourself and your site or include some credits.

Any cookies that may not be particularly necessary for the website to function and is used specifically to collect user personal data via analytics, ads, other embedded contents are termed as non-necessary cookies. It is mandatory to procure user consent prior to running these cookies on your website.